Follow us on social media and be the first to find out about our news!

The UK government has decided not to join the European Union’s coronavirus vaccine scheme. Government sources cited concerns that the programme could delay the rollout of a vaccine by up to six months while discussions about distribution take place, according to The Telegraph.

There were also concerns about a potential limit on the number of vaccine doses that would be allocated to each country. But Alex Harris, head of global policy at the health charity Wellcome, told the Financial Times that the EU’s proposed limit on vaccine doses is the best way to ensure there will be enough vaccine for those in need in the rest of the world.

There are currently more than 100 coronavirus vaccine candidates in development. The EU is planning to spend approximately €2 billion (£1.8 billion) on the advance purchase of vaccines that are currently being developed. The UK has secured access to a vaccine currently being trialled by researchers at the University of Oxford in partnership with the pharmaceutical company AstraZeneca, should it prove to be effective.

In the UK, taxi drivers, pharmacists and cleaners are among those who will be tested for covid-19 even if they don’t have symptoms, as part of an NHS pilot study in England. Care workers and some NHS staff already have access to this type of testing, but the new study will include people in other professions, which regularly come into contact with large numbers of people.

The UK’s R number – the estimated number of people each coronavirus case infects – remains between 0.7 and 0.9 for the seventh week in a row, according to modelling by the government’s Scientific Advisory Group for Emergencies (SAGE). It is still too early to determine any impact on the R of the reopening of pubs and restaurants in England on 4 July due to a two- to three-week time lag in the data caused by the delay between people becoming infected and getting tested.

The coronavirus may be spread through tiny particles in the air indoors, according to information released by the World Health Organization (WHO) on Thursday. On Tuesday, the WHO acknowledged emerging evidence on airborne transmission of the virus following pressure from a group of more than 200 scientists.

Disney World is reopening this weekend despite record numbers of deaths from covid-19 reported in Florida this week. Florida recorded 120 deaths from covid-19 on Wednesday – the highest number of daily deaths for the state so far. The US as a whole reached yet another record number of daily new coronavirus cases for the global pandemic – its second record this week – with more than 65,000 new cases recorded on Thursday. 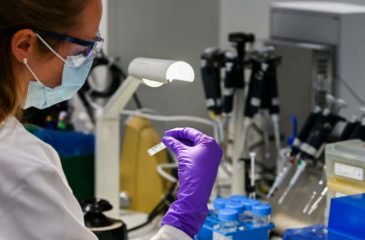